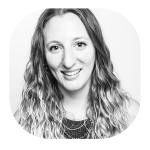 The past year or so has been a whirlwind for Facebook. The company tackled privacy, wrestled with news concerns and politics, and strengthened community standards. Despite this turbulence, however, most of you kept pushing dollars to Facebook. With ad revenue on the rise, Facebook did the natural thing: Raised the bar. It launched initiatives to help small and medium businesses, focused on transparency, and took innovation to new heights.

As Facebook leads the digital advertising charge, keeping tabs on what it’s doing is one of the best ways to gain an edge. That said, making an investment in Facebook doesn’t guarantee success. Your rise to Facebook advertising stardom doesn’t have to happen overnight. Your success will rely on your ability to adapting and evolving, and doing everything in your power to fall into line with what works, and more importantly, what doesn’t.

Stop Using Videos Longer Than 30 Seconds. Instead, test a variety of short-form (6, 10, 15 seconds) videos that have your brand and product front and center within the first 2 seconds.

Stop Paying for High-Priced Creative. Facebook has a free Video Creation Kit in Ads Manager that helps add animation, text, and overlays to your ads. Likewise, you can achieve the same effect by using affordable apps like Adobe Spark, Quik, and other Mobile Studio Partners or turn to Facebook Marketing Partners who have affordable creative pricing.

Stop Using Narrow Audiences during Prospecting Campaigns. Make sure your audience is broad enough so Facebook can optimize for delivery. After you launch your campaigns with broader interest terms, you can then fine-tune as you go. Also, don’t forget  to check off Detailed Audience Expansion in Ads Manager to help.

Stop Making Manual Optimizations. Between Ad Sets, budgets, bids, and more, it’s impossible to manually manage everything while keeping tabs on higher-order activities like strategy. Don’t try to do it all. Luckily, there’s technology to automate your optimizations across ad sets, including Facebook’s Campaign Budget Optimization and Iris by Brand Networks.

Stop Optimizing Traffic Campaigns for Clicks. Instead, optimize your campaign for landing page views since that ensures the consumer made it to your website versus just clicking on an ad.

Stop Running One Ad in an Ad Set. Unless you’re performing an A/B test, use at least two ads per ad set to allow Facebook to automatically optimize toward the best-performing ad variation.

Stop Running One Ad set in a Campaign. Again, unless you’re performing an A/B test, don’t limit yourself to one ad. Use at least two ad sets to identify efficiencies across audiences and creative.

Stop Bidding Against Yourself between Ad Sets. If some ad sets are targeting similar audiences, consolidate them into one with a larger budget. Additionally, make sure to use Facebook’s Audience Overlap tool to test “% overlap.”

Stop Executing One Version of a Lookalike (LAL) Audience. Test multiple cuts of Lookalikes, including different % and customer lists based off of high-value information like “customers who purchased more than 1 item” or “customers with high cart values.”

Stop Having a Disconnect between Search, Display,& Social. The most important thing is to achieve a cohesive brand story, fluid optimizations, and seamless measurement across your digital advertising. That’s why having one partner who can streamline your initiatives is critical to success.

No matter what business you’re in or who your customers are, Facebook will have an impact—it’s shaping your customers’ behaviors and will continue to influence the way you spend. But like most things in life, success not only relies on your ability to identify and build upon successes but also your willingness to learn from missteps and avoid pitfalls that have plaguing your contemporaries.