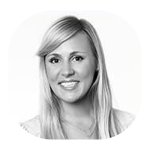 If you take pride in maintaining a high-level of advertising innovation, you’ve noticed that the “OTT” (over-the-top) and “advertising” are being linked just about everywhere. Spawning initially in the wake of Netflix arrival, OTT is starting to impede upon traditional TV’s ground that hasn’t experienced this type of pressure in decades. On the off-chance that OTT advertising isn’t on your radar yet, let me explain.

What is OTT Advertising?

According to the IAB, OTT refers to a device that can connect to a TV (or functionality within the TV itself) to facilitate the delivery of internet-based video content—think streaming boxes, media streaming devices, smart TVs, and gaming consoles. The OTT landscape represents a growing subset of cord-cutters shifting away from traditional TV. In fact, the number of people using an OTT service will eclipse 180 million when it’ll account for 54% of the US population. When we narrow the focus to just millennials, that number rises even more. According to a study by Parks Association, 85% of millennials subscribe to at least one OT services. To no surprise, advertisers are paying attention. Estimates predict that ad spending on OTT will eclipse $2 billion in 2019—a 20% year-over-year increase.

As more people jump onto the OTT bandwagon, a growing number of OTT providers will make advertising inventory available to appeal to a wider array of viewers and advertisers. For advertisers looking to gain an edge in this nascent yet exciting world of futuristic TV, it’s time to pay attention and look away from saturated environments where competition is fierce and prices are high. When it comes to OTT advertising, savvy advertisers need to be willing to look outside of the box; emerging OTT platforms like IMDb TV, Pluto TV, fuboTV, and Sony Crackle have advertising power, too.

When Amazon purchased IMDb, it was a move to expand beyond books and appeal to a broader audience. Over a decade later, Amazon has done that. After growing IMDb audience to more than 250 million unique monthly visitors and cementing it as the go-to for entertainment information, the company is taking another strategic step. This time, to appeal to OTT advertisers with IMDb Freedive (rebranded to IMDb TV).

IMDb TV’s ad inventory is still evolving, as are best practices and expected advertising outcomes. As the world waits to see how IMDb TV develops, it’s already becoming an enticing option, despite a level of uncertainty. Due to the availability for advertisers to use Amazon’s behavior and in-market targeting, i.e., the same targeting superpowers that make Amazon Advertising an advertising force, Amazon advertisers are showing a willingness to dip their toes into the fresh waters.

Combine heavy native promotion across Amazon Fire TV devices, along with the massive brand power of IMDb in TV and entertainment, and you have an advertising offering set up to draw a huge audience for years to come. For any advertiser, IMDb TV deserves your attention, especially as you look to scale beyond Amazon’s walls.

Pluto TV is a live-TV streaming service similar to Sling TV, PlayStation Vue, and Hulu, with Live TV and offers an array of content, including over 100 live and original channels and thousands of on-demand movies and partnerships—all for the low price of nothing (although paid subscriptions are on the way). Available through a number of connected devices, including Amazon Fire TV, Pluto TV continues to fight for market share, amassing over 12 million active users.

Like most free OTT service, Pluto TV is built on an ad-supported model that offers a handful of advertising options capable by employing server-side ad insertion technology to combine content and ads into a single experience. To move beyond direct managed service buys and give advertisers more ways in, it linked with SSPs like SpotX and Telaria to power the programmatic monetization of its OTT content and help match advertisers with its premium inventory.

Furthermore, with an acquisition by Viacom, Pluto TV continues to differentiate itself from the pack. By becoming a Viacom entity, not only does that mean that Pluto TV has access to Viacom’s premium content, which few OTT providers have access to, but a general infusion of resources coming from an acquisition should propel Pluto TV’s infrastructure and technology forward. As PlutoTV evolves to appeal more to viewers and takes steps to attract advertisers, like new distribution deals, both parties should flock to the platform.

Fubo TV takes a slightly different approach to OTT by being the only sports-focused live TV streaming service. With top leagues and teams (plus popular shows, movies, and news coverage) available through TVs, phones, tablets, computers and other devices, fubo TV is positioning itself to appeal to a large but niche group of advertisers, including CPG, auto, and telco, whose advertising success relies on reaching this target demographic away from linear TV and the soaring prices.

With a different approach to OTT, fuboTV’s advertising options also differ, giving advertisers the opportunity to reach an active group of sports fans who are watching any of the 30,000 live sporting events across major sports as well as events like the Olympics.

When it comes to growing its OTT advertising, the path to success seems to always travel through third-party partners. To that tune, the company inked a similar partnership with SpotX to connect its advertisers to those of SpotX’s via programmatic advertising. While its strategic moves are similar to others, fuboTV’s strategy is aimed at the sports world and its relative niche inventory. Think of this as a way to narrow your sights and refine your approach to sports-related initiatives. That said, the partnership isn’t confined to sports—advertisers can still target audiences by different data segments, including live, VOD, device, and language.

All-in-all, fuboTV and PlutoTV are similar. Advertisers’ interest will depend on the target audience and how appealing this niche subset is to the business.

As the crowded OTT landscape develops, services offering similar functions have work to do to stand out. Sony Crackle (formerly Crackle), a division of Sony Pictures Television fits that bill as it goes down a path less traveled. While most of the OTT landscapes approach things from a broad perspective, going after viewers wherever they are, Sony Crackle pitches a “console-first” message. Reading between the lines, this approach seems to lend light to the fact that the company wants to appeal to gaming fans with an optimized and prioritized video experience. From there, it can funnel down to other devices and content preferences. As PlayStation continues to dominate, this appears to be a wise move.

To attract advertisers, the company teamed up with Nielsen Marketing Cloud to power its addressable advertising capabilities across devices and platforms, including mobile, connected TV (CTV), streaming boxes, and gaming consoles. When it signed the dotted line in Q3 2018, the partnership opened the door to analyze and track data from its streaming viewership via intelligence-powered segmentation and real-time integrations. Reading between the lines, Sony Crackle made the move help it deliver more relevant OTT advertising experience no matter where its content is being viewed—not just on consoles. A win-win for everyone involved.

In an effort to scale even further, Sony Crackle has been actively expanding its original offerings by diving into both unscripted and esports genres—the latter of which represents another move by the market to give you a way to tap into the esports market that’s expected to generate $1.79 billion in revenue in 2022.

What’s Next for OTT Advertising?

While complacency will keep some advertisers from veering outside the fixed lines of more established OTT destinations, forward-thinking ones will look to the future, regardless of their current advertising capabilities.

Take YouTube TV, for example. While ads aren’t new,  the platform is focusing on TV-like content to compete on a greater level with traditional TV. The company also broke out its streaming TV service into a standalone inventory (via Google Preferred) option and is premiering YouTube Originals shows on its free, ad-supported tier, to help advertisers reach more refined audiences. Additionally, soon-to-launch options like Apple TV Plus and Disney+, which will both launch without an ad-supported option, could turn into one as they gain traction.

There’s no getting around the fact that OTT and corresponding advertising offerings are in hyperdrive as more content and advertising inventory becomes available. From an advertising perspective, businesses of all types would be wise to shift a percentage of spend from lower-performing channels to the OTT space in search of granular, digital-like targeting in a low ad-clutter world.

While the industry giants deserve attention (Netflix, too, as it rolls out an expected ad-supported model), having a willingness to tackle more nascent, less crowded spaces, could offer another level of advertising performance and efficiency.

Want to learn more about how Brand Networks can help scale and optimize OTT advertising campaigns? Request a meeting today.

Stay Current With Us

Keep you and your team up-to-date on the latest digital media news and insights by subscribing to our monthly newsletter today.