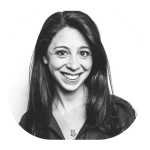 A lot happened in 2018 that impacted how you do your job as a marketer. Amazon became the third-largest digital ad platform in the US, GDPR gave a new meaning to data in the European Union and potentially, the future of US policy, and up-and-coming channels and technology like Connected TV (CTV), developed to offer more ways to reach consumers. These events and a myriad of others will continue to influence how you spend your digital ad dollars. However, with so many moving pieces and possibilities, proper allocation can be a challenge. To help you make those decisions, we looked back at 2018 and identified the areas poised to have the greatest impact in 2019. These are the nine digital marketing trends you can’t ignore.

Digital Marketing Trend #1:
Facebook Will Keep Growing Thanks to its Family of Apps and Overseas Expansion

While breaches, fake news, and election meddling deflected many consumers away from the value of Facebook, it’s hard to imagine a world that doesn’t encourage a good portion of your ad dollars to go through Facebook’s doors.

Although Facebook’s user base isn’t moving at the pace we’ve come to expect—Facebook still has 1.4 billion daily active users—other owned properties are pushing the boundaries from a user and advertising perspective, especially as Facebook expands overseas. Instagram, for example, is expected to grow by a steady clip over the next several years when it’ll account for nearly 70% of Facebook’s new revenue. With more than 2 million active advertisers on the platform, it’s clear that Instagram is no longer Facebook’s kid brother. With a focus on stories as well as the emergence of other Facebook-owned properties like WhatsApp and Messenger, expect Facebook and its family of apps to push forward. That said, as Facebook enforces more control with the likes of view-tagging limitations and mandating CBO come September, it’ll be interesting to see how the market reacts.

Amazon’s come a long way since its founding. Today, Amazon is not only the biggest online retailer in the world with nearly half of US ecommerce sales transacted on its site, but Amazon Advertising is also rubbing elbows with digital advertising giants like Facebook and Google. With $4.6 billion In US ad revenue in 2018 and 80% of Amazon advertisers planning to increase budgets on the platform this year, it’s a safe bet that Amazon will innovate at an impressive rate to meet this demand.

With a range of ad formats already taking hold as viable ways to gain exposure throughout Amazon’s ecosystem, Amazon’s showing its hand and giving the world a glimpse at what’s to come. Consider Amazon’s IMDb Freedive as exhibit A, which allows advertisers to tap into the loyal audiences on IMDb and Amazon Prime. Add to that a long-anticipated API on the table, which will further develop the platform’s technology, and the value of Amazon Advertising is poised for a serious boost in 2019.

With over one-third of the market, Google can’t be considered a 2019 digital marketing trend, but with so much innovation and new digital advertising opportunities arriving in abundance, it can be tempting to abandon age-old tactics in lieu of the latest and greatest taking the world by storm. With Google at the helm of the triopoly’s quest to rule the digital advertising world, you’d be foolish to ignore it and its advertising powers.

Yes, Facebook and Amazon are pressuring Google and slowing overall growth, but the clash between the three may actually be positive and drive innovation. For Google and YouTube, expect mobile to steer the ship, especially when you consider that mobile accounts for over three-quarters of Google’s ad revenues and that the majority of people watch YouTube (and pay attention to the content) on mobile. Combine that with the reach of Google Play apps’ ad inventory and voice-assisted search on Android (powered by Google Assistant), and Google is positioned better than nearly any other provider to reach engaged mobile audiences. Paying attention to advancements in mobile technology and CTV services as well as maturing offerings like YouTube TV will pay dividends as the world increases its adoption.

With your customers using smartphones and related devices to search the web, engage with your content, and inform their purchase decisions, focusing some of your attention on mobile apps can be an effective way to scale. Not convinced? According to research, smartphone users now spend 89% of their total time spent on media in mobile apps. That’s in contrast to only 11% of the mobile web. This affinity toward in-app behaviors should shift, to some degree, how you look at mobile.

One way to use this inherent behavior to your advantage is to experiment with playable ads offered by the likes of Facebook and Snapchat, which afford you the opportunity to drive higher quality and higher intent users to install your apps. Of course, more commonly used formats exist, like interstitial ads that appear during transitions in an app as well as native ads that are designed to blend into the aesthetic of the app. However you go about in-app advertising, the unique opportunity to reach your target audience when other digital channels aren’t as effective, should be more appealing than ever.

Is social commerce ready for its time in the spotlight? Time will tell, but after years of false hope, many are bullish that this will be the year when the bridge between social and commerce finally connects. In fact, according to Abobe, social has seen a 110% spike over the past two years as a referral source for shopping visits.

As people become more accustomed to social’s role in the purchase journey, visual-focused platforms—think Instagram, Pinterest, and Snapchat—will remain key stakeholders. But, while it’s safe to say that your customers will become more reliant on social to inform their purchase decisions, I’m not suggesting that they’re completely ready to transact on the platforms. They may get there eventually, but expect the trepidation to continue. What is a foregone conclusion based on a handful of developments in 2018, is that the major social players will continue to innovate against off- and on-platform formats to meet the demand—think Instagram shopping tabs.

Even though voice and visual search are up-and-coming from a user, technology, and digital advertising perspective, that doesn’t mean you should shy away from experimenting. Those willing and ready to jump on board can expect to increase revenue by a good margin.

Combining a customer base willing to experiment with a product and service set that can fit well into new, sometimes experimental tactics, features, and capabilities available through technology like the Amazon Alexa can go a long way in providing an innovative experience. Despite corresponding advertising options through Amazon Alexa still forthcoming, the voice revolution is underway and worth paying attention to as it paves the way for incremental ROI.

Digital Marketing Trend #7:
OTT and CTV Are Worth the Hype

MagnaGlobal predicted that 80% of US households will be reachable through OTT TV by the end of 2018, and advertisers are responding in kind. Ad spending for OTT TV is forecasted to hit $2 billion this year.

With a seemingly endless list of ways to connect your TV to access this content, the reality is that the majority of time spent with OTT is confined to just four of apps (Netflix, Hulu, Amazon, and YouTube). Today, two of them—Amazon Fire TV and Hulu—support advertising models. To that end, the inventory quality is challenging the value of programmatic CTV buys; however, there is a glimmer of hope. With talks swirling around an ad-supported model for Netflix, and new-comers approaching the table, like Disney, the OTT and CTV landscape is in for a serious transformation as more premium inventory, and ways to reach your customers with advertising, become available.

As a marketer, you should always be looking for new and innovative ways to delight your audiences with creative experiences that stop the eye and drive engagement. Augmented and virtual reality has finally become a technically and financially feasible outlet for the mainstream advertiser.

In 2019, it’s expected that the technology and its corresponding advertising capabilities will see increased experimentation—augmented reality, specifically, is expected to see more than $2B in ad dollars by 2022—across verticals like travel, entertainment, and retail. However, it’s important to note that while brands and advertisers may be ready, consumers may not be. According to eMarketer, half of US Internet users have never used VR or AR while shopping and had no interest in doing so. Despite consumer reluctance and initial trepidation, the year will be packed with these futuristic experiences across advertising and on-site activations, and if the situation is right, may justify resources.

While merging all of these initiatives together may seem daunting, connecting any existing silos must be your primary focus. The reality is that if your social team is focusing on connecting the commerce bridge, another team is concerned with advancing OTT and CTV capabilities, and your search team is paying attention to Google, the fragmentation will prohibit growth and stymie innovation.
As you unify new digital marketing initiatives (or build upon existing ones), implementing a cross-channel digital advertising strategy will be the trend with the greatest potential to drive your bottom line. In 2019, it’s the only way to deliver cohesive branded media across devices and digital channels in a unified way to create an interconnected digital journey that drives results and produces break-through clarity in the minds of your customers.

By now, the message should be clear: You need to be willing to take some risk. While some of these predictions carry more risk than others, holding out completely will put your brand and reputation at risk. The modern marketplace demands a strategy that takes chances and is ready to adapt to the demand of the market. What’s stopping you?

Want to learn about bringing everything together?