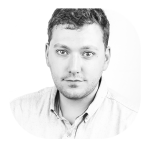 Brand Networks Creative is at it again—this time by winning four Platinum MarCom Awards for the cross-device, augmented reality and interactive video campaign we worked on with MullenLowe and RPA for Acura. This is the same campaign that took home an OMMA Award in September. The team also won a Communicator Award for another campaign we worked on for Acura in 2018.

“This is a true testament of what the Brand Networks creative team can do,” said Dave Fall, CEO of Brand Networks. We’re all about creating added value and going above and beyond expectations to help our clients and partners achieve their goals. It’s wonderful to see examples of that coming together to create something special.

Here’s a breakdown of the MarCom awards we won:

Here’s a breakdown of the campaign:

Through these engaging creative units and strategic ad placements, the campaign lets consumers explore information about the RDX in ways unique to each channel and device. Additionally, the use of technology, like the augmented reality unit, for example, allowed them to step inside the car, virtually, enhancing their knowledge of the vehicle and brand experience.

Overall, the campaign exceeded its goals. Acura’s Interactive Video ads drove an engagement rate 5X over industry benchmarks, which in turn garnered a qualified traffic rate that beat client’s benchmarks by over 4X. Similarly, the Augmented Reality ads drove a 72% engagement rate, with users spending an average of 101 seconds with those units, resulting in 405 days of total time spent—that’s 20,000% more time spent than with standard ads.

“These are the types of results that we can achieve through a cohesive cross-device strategy when everyone, including creative and media teams, is working in harmony,” says David Sanderson, SVP of Creative Strategy and Operations at Brand Networks. “It’s time to say goodbye to siloes and fragmentation and hello to world-class execution. It’s a move worth making. At the end of the day, you’ll end up with something that everyone can be proud of.”