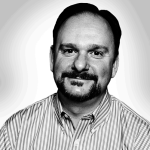 How Does Facebook’s CPC Bidding Work?

At Brand Networks, we’ve seen recurring confusion among social advertisers around bidding strategies and the role they play in Facebook’s ad auctions. In particular, cost-per-click (CPC) bidding has been a source of head scratching for many, due in part to Facebook’s API update that changed the way it defined clicks.

Optimizing your Facebook advertising campaigns can be overwhelming for even the most well-versed social pros. With 10 marketing objectives to choose from, audience and placement considerations, ad types and more, it’s understandable that you may be unsure of the best way to set yourself up for advertising success on Facebook.

The following will take you on a journey through Facebook’s ad auction, the role-bidding strategies play, and how Facebook’s CPC bidding works.

1. To help you, the advertiser, reach your target audience in the most valuable way possible, and

2. To maximize the user experience by showing users ads they’re interested in and ones they’re most likely to engage with

Here’s how the auction works:

To figure out which ad is displayed, Facebook gives each ad a “total value,” which attempts to balance the value of the ad for you, the advertiser, and for the individual Facebook user who might be exposed to the ad.

To calculate the total value, Facebook looks at three factors:

1. Your bid, or how much you’re willing to pay for the desired action

2. The ad’s relevance score, and

As we’ve noted, one of the three factors Facebook considers during its ad auctions is your bid. This represents the amount you’re willing to pay for the desired action. In the case of CPC bidding, you’ll only pay for action-oriented clicks that take users new destinations, typically off of Facebook (called link clicks). It’s also possible to use CPC bidding to drive clicks to Facebook Messenger, or into a separate Canvas.

Remember, Facebook’s current definition of CPC bidding doesn’t include engagement clicks (i.e. liking a page, commenting, etc.) like it once did. While this led to impressive metrics and low costs in many instances, you were often paying for less than desirable actions. This devalued your bid and resulted in Facebook’s change. Now, only accounting for action-oriented clicks, you may notice higher than average CPCs and lower click-through rates, but overall, you’ll be generating more effective and efficient ad distribution.

Every time someone carries out one of the above actions, you pay. It’s as simple as that.

Pro Tip: When deciding between manual and automatic bidding, make sure you’re weighing the benefits and drawbacks of each. On the one hand, automatic bidding allows Facebook to optimize your ad spend on your behalf, leaving less work for you. Manual bidding, on the other hand, can offer you an added degree of control over your spend and pace in many cases.

With a constantly evolving advertising ecosystem as intricate as Facebook’s, there will always be something new to learn. While that makes for an exciting industry and marketplace, it can also create confusion for those trying to leverage the world’s largest social channel.

Regardless of the change, one aspect of Facebook that will remain constant (at least for the foreseeable future) is its auction and the fundamentals that comprise it, including bidding strategies like CPC. Having a comprehensive understanding of these will not only ease your concerns, but set you up for long-term success.

To learn more, tune in for our live Ad Age webinar on Thursday, December 15:
Facebook Advertising: Advanced Strategy for Social Success in 2017