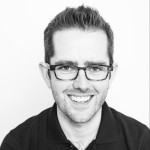 In January, we released research on Brand Networks’ Instagram ad data over the final six months of 2015.

Now that another quarter has come and gone, we’re back with another Instagram advertising research report to look at the results from Q1 2016.

Below is a quick summary of our findings, including a few charts that can be found in more detail in the full report.

See video take the lead over other ad impressions (photo content) below:

Following a rise in demand and price headed into the 2015 holidays, average cost-per 1,000 impressions (CPM) dropped to a new low of $4.58 in January, based on Brand Networks’ findings. That drop continued into February as an all-time average low CPM of $3.88 presented itself, offering advertisers across industries improved cost-efficiency on Instagram. Average CPM grew slightly in March, bringing the average to $4.19 for the month. Overall, average CPM dropped from $7.04 in H2 of 2015 to $4.16 in Q1 of 2016.

View this improved CPM performance below:

Leading the new class of 2016 Instagram adopters is the telecommunications vertical. In Q1, this industry competed for sports-fan impressions as college football and basketball wrapped up, paying a premium in January and March, respectively. This was also the first year in which advertisers could integrate Instagram advertising into their Super Bowl marketing strategies. Instagram augmented many TV-based advertising campaigns in Q1, helping brands increase their reach at a much lower CPM.

Based on performance gains witnessed in this time period, we expect to see brands integrate additional second-screen experiences on Instagram in tandem with real-time advertising opportunities like sporting events and primetime broadcasts as 2016 progresses. In particular, we expect to see a spike in spend on Instagram during the 2016 Summer Olympics.

View our press release here, and be sure to download the full report for the in-depth results.

Instagram Ads: The Rise of Video
A Look at Q1 2016 Performance Across Industries