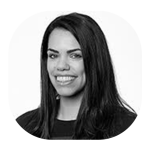 Why Advertising on Pinterest Should be Your New Year’s Resolution

With “New Year, New Me” mentality in full swing and advertisers in planning mode for 2019, January is the perfect month for brands to kick off their 2019 campaigns. One platform they should definitely add to their social media list? Pinterest.

It’s no secret that Pinterest users are big time planners. Pinners tend to start searching for seasonal or event-related products early. What’s astounding is Pinterest reports that 77 percent of weekly Pinners have discovered a new brand or product on Pinterest, according to a November 2018 GfK Pinterest Path to Purchase Study. This makes Pinterest an unmatched hot spot for advertisers to reach consumers during a prime planning period—right when they’re starting to look.

At Brand Networks, we sought to uncover just how valuable Pinterest has become to advertisers, particularly at the start of the year. After analyzing over 19 billion impressions served through Brand Networks software from Q2 of 2015 to Q3 of 2018, our internal insights make it abundantly clear why advertisers need to be investing social budget toward Pinterest during the so-called “post-holiday slump.”

For brands, Q4 is notoriously one of the busiest times of the year, with companies eager to get their products in the hands of shoppers looking to buy for the holiday season. From Black Friday to Christmas, consumers buy more than any other time of year, meaning ads are in high demand and CPMs generally reach their peak. But what happens when the shopping frenzy dies down and everything starts anew?

After analyzing historical ad investment through our platform, Iris by Brand Networks, we noticed a significant difference in CPMs between Q4 and Q1 of the previous years. From Q4 of 2016 to Q1 of 2017, we observed a 26.3% drop in CPM and observed a similar trend the year after, when CPMs dropped 20.6% from Q4 of 2017 to Q1 of 2018.  For advertisers, this meant more bang for their buck as they landed significantly more impressions for the same advertising investment. Because Pinterest’s user base is so proactive about planning, it follows that the brands taking advantage of this efficiency also observed a requisite increase in the number of business-driving actions.

The cost performance observed above isn’t the result of a lack of interest from advertisers, either. Advertisers must be witnessing meaningful business impact and ROI during this early part of the year and continuing to invest more each Q1.

From 2016 to 2018, total Pinterest impressions served through Brand Networks increased by more than 200%. Even more impressive, from 2016 to 2018, Q1 saw the largest year-over-year growth in ad impressions through our technology with a steady increase happening annually in the beginning of each calendar year. While a portion of this increase can be attributed to the growing popularity of Pinterest as a whole, the platform’s maturing advertising ecosystem has played a notable role in building trust among advertisers and attracting them to the platform.

As a visual discovery engine, Pinterest provides a unique value prop to consumers and advertisers alike. It’s one of the few channels where people actively go to discover something new while welcoming helpful advertisements in the process.

Given our findings, it’s clear that there’s a significant opportunity for brands to invest their ad spend at the beginning of the year, starting immediately in January. As impressions rise significantly every Q1 and CPMs drop after the busy holiday season, advertisers have a unique opportunity to get out of the gates strong. Social marketers, this is a chance to achieve a cost efficiency you can’t overlook—making advertising on Pinterest your most valuable New Year’s Resolution of the year.