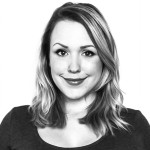 With the most intense shopping weekend of the year coming to a close, consumers proved once again how much they like to spend online — and as a result, helped retailers surpass all of last year’s sales records.

New records were broke during this year’s Black Friday and Cyber Monday shopping craze. For a quick recap, we’ve rounded up some of the highlights from recently released data by IBM and The Next Web:

In addition to these stats, we took a look at how some of SHIFT‘s client campaigns performed on Facebook during this year’s Black Friday and Cyber Monday. The first, a top retailer, ran a Black Friday and Cyber Monday Facebook campaign starting two weeks prior to the holiday. A well-thought-out and timely strategy leading up to the holiday, including increased campaign spend on the actual days, caused fan engagement to jump nearly 30% jump on the sales days.

Another SHIFT client, a major Telcom company, which had success running a 2012 Black Friday and Cyber Monday campaign, saw massive year-over-year growth. The service provider recorded a 63% increase in orders  as a result of the holiday campaign this year — while spending the same budget. Moreover, when specific Black Friday and Cyber Monday call-outs were used, the cost per order was approximately 35% lower than the monthly average.

Using these as case studies, we can come to two conclusions: 1) at the same budget levels, there is an increase in online spending during those peak days, to which social contributes greatly; and 2) an increase in Facebook spend, used effectively, can lead to an increase in off-site orders. So how will you incorporate social to get ready for last-minute christmas shoppers later this month or post-holiday sales?