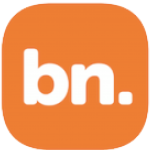 Boston, MA – May 18, 2016 – Brand Networks, the award-winning provider of software and services that simplify socialTM, today released the findings of a 3-month study examining more than 2 billion Instagram ad impressions served by the company’s customers in Q1 2016. An early participant in the Instagram Partner Program, Brand Networks tracked a variety of metrics related to spend and performance throughout the first quarter of the year and found that 58 percent of the impressions the company served on Instagram were video ads. Advertisers are also witnessing improved performance for their ad dollars in terms of cost-per-impression, and a few select industries have proven to be the most dramatic early adopters.

“We witnessed rapid adoption of Instagram in the last half of 2015, and it’s continued to grow at lightning speed in 2016,” said Jamie Tedford, CEO and founder, Brand Networks. “As brands invest more heavily in Instagram, we’re starting to uncover valuable insights about the most strategic ways to use this platform. Among our customers, video has become the most prevalent form of advertising on Instagram, driving increased engagement and ROI for brands. We’re also noticing some interesting vertical-specific trends, as companies in industries like telecom take advantage of real-time events to augment their television advertising strategies.”

Advertising Growth Led By Video Content
After serving 200M Instagram ad impressions in Q3 2015 and 1.37B last quarter, Brand Networks witnessed continued growth in Instagram impressions served as the total climbed to 2.2B in Q1 2016. Advertisements served on Instagram through the Brand Networks Platform dropped from 670M in December to 500M in January during the post-holiday advertising lull before a massive rebound to 800M in February and 850M in March.

Meanwhile, video ad impressions surged to unexpected heights, crossing into the majority in the photo vs. video race. In January, 43 percent of Brand Networks-served impressions were video ads. In February, that number jumped to 59 percent, and in March an impressive 65 percent of total Instagram impressions served were video ads. This is tremendous growth when compared to Q4 2015, where December video ads represented just over 30 percent of the total.

Average Costs Decreased, While Performance Increased in Nearly Every Industry
Following a rise in demand heading into the holidays, average cost-per 1,000 impressions (CPM) dropped to a new low of $4.58 in January, based on Brand Networks’ findings. That drop continued into February as an all-time average low CPM of $3.88 presented itself, offering advertisers across industries improved cost-efficiency on Instagram. Average CPM grew slightly in March, bringing the average to $4.19 for the month. Overall, average CPM dropped from $7.04 in H2 of 2015 to $4.16 in Q1 of 2016.

As Instagram advertising continues to prove its effectiveness and worth, Brand Networks anticipates the platform will become a key digital advertising channel for brands. Additional budget will continue to be allocated toward Instagram, with a major spike during holiday-focused campaigns in Q4 2016.

Vertical Advertisers Adopt Unique Strategies
Brand Networks works with some of the top telecommunications providers, consumer packaged goods manufacturers, fashion houses, and retail distributors in the world, and each of those verticals has adapted their strategies for Instagram in 2016.

Real-Time Event Marketing Drives New Industries to Instagram
Leading the new class of Instagram adopters is the telecommunications industry, which leapt onto the channel in force thanks to an uptick in sports-related campaigns and new contract promotions. The industry competed for sports-fan impressions as college football and basketball wrapped up, paying a premium in January and March, respectively.

This was also the first year in which advertisers could integrate Instagram advertising into their Super Bowl marketing strategies. Instagram augmented many TV-based advertising campaigns in Q1, helping brands increase their reach at a much lower CPM. Based on performance gains witnessed in this time period, Brand Networks expects to see brands integrate additional second-screen experiences on Instagram in tandem with real-time advertising opportunities like sporting events and primetime broadcasts as 2016 progresses. In particular, Brand Networks expects to see a spike in spend on Instagram during the 2016 Summer Olympics.

Download The Full Report
About Brand Networks
Brand Networks Simplifies SocialTM. The company delivers award-winning social media advertising software and services to hundreds of enterprise customers, including half of the Fortune 100 and 17 of AdAge’s 25 Most Advertised Brands. The Brand Networks Platform uses personalization data and powerful automation technologies to help marketers optimize their media investments across the social web. Media buyers can reduce campaign management time by 75% while increasing their return on advertising spend across Facebook, Instagram, Twitter, Pinterest, and LinkedIn. Brand Networks was founded in 2006 and is headquartered in Boston with offices in San Francisco, New York City, Rochester, Los Angeles, Chicago, and Sydney. For more information, please visit bn.co.